Rthe beaten Karabash fled to Dzhaik and asked permission to take refuge within the limits of the State. Having been refused, he arbitrarily crossed the river and was attacked by the Kan, who wanted to destroy the Khan in the name of friendship with Jochi. Ghazan, Bachman, Masgut's son Ishtyak and the Mardan badjanaks won the Kanu's victory without difficulty and pressed the Kypchaks to the river. The position of the Oimeks, who lost their khan in battle, was miserable, but Chelbir suddenly died, and everything changed. Beks were immediately raised on the field to reign Mir-Gazi, to whom ... Gali appeared and asked to spare the poor Kypchaks. Kan could not refuse a friend and, ordering to settle the Oimeks in Bashkort, rode away with him to Bulyar. Kylych was expelled from the capital in disgrace, and Gali became a seid. He soon persuaded Mir-Gazi to cancel the increase in taxes from all subashes, ak-chirmysh, merchants and craftsmen of small houses, but he did not manage to do more. Djurgi, having learned about the death of Chelbir, grew bolder and started a war with the State, and the cap was distracted by the fight against the Uruses ...

The Bulyars refused to bury Gabdulla in their city, and only the Bulgarians agreed to bury his body in their land. This

was explained by the fact that Chelbir was especially fond of Bolgar and even allowed him to mint his own coin, on which the name of Caliph Nasyr-Litdin was printed. This was done, however, because Gabdulla, like Almysh, considered himself the governor of the caliph and, therefore, had the right to appoint seids ...

After the death of the Kan, it became unnecessary to hide me, and I was released from the nasty prison in exchange for a forced consent to enter the service of the Balyn. Dzhurgi immediately brought me to Jun-Kala and divulged that the Bulgar Emir Gazi-Baradj was with him. The Mishar Bulgars were embarrassed and retreated from the mouth of the Sain-Idel, where, on the site of the Bulgar balik Dzhurgi, they again built the Urus fortress. He was helped by the grandchildren of Urman, who were embittered at the State.

Even under Gabdulla, his Kisan twin brothers Khalib and Altynbek started a war with Kisan, but then pretended to agree to negotiations with the sons of Urman. They came fully armed to the camp of the brothers and encamped nearby. Being confident in their safety, the Kisans got drunk and, after threatening the twins, fell into a dead sleep. In the morning, Yunus, summoned in advance by the brothers, suddenly attacked the Kisan camp and slaughtered all the Kisanians to the last - from only 8 thousand people with 5 beks. Only one citizen of Kisani escaped, drunkenly getting lost in the evening in the forest ... Another time, in 1224, poor Hakim had to help his brothers, but drowned in Kara-Idel while crossing at Burat. Without waiting for him, the twins and the Mardanians retreated. Emir Khalib, who was also called Gali-biy, took the post of ulugbek of Kazan ... Emir Altynbek, removed from Uchel in 1218, settled in Bandja, married the daughter of the king of Khorezm Mohammed and from time to time disturbed the Kisans with his invasions. Later, after the death of Mohammed's son Emir Jalaletdin, he took his name, put on his belt and swore to wage jihad against the Tatars and all infidels. In one of the campaigns against Kisan, a quarrel broke out between Mergen and Altynbek over booty. The tarkhan, who came into a complete frenzy, drew his sword and rushed at the emir. Yunus tried to prevent this murder, but he himself was hit by Mergen and died on the spot. While the taken aback Mardanians came to their senses, Tarkhan jumped on his horse and swiftly rushed off to Tubdzhak. Altynbek married the widow of Yunus, the younger sister of his first wife, the daughter of Ishtyak Fatima, and, becoming Ulugbek of Bellak, vowed to take cruel revenge on the murderer. Chelbir, however, forbade revenge. After the death of the Kan, the Tarkhan, because of the fear of Dzhelaletdin, generally separated from the State and was driven out of Tubdzhak by Altynbek. Mergen drove off to Jochi and managed to win his trust by giving him a captive Kisan noblewoman and promising to help the Tatars conquer the State. Through the merchant he captured, whom he roasted at the stake, eliciting information, Mergen found out about Jochi's secret connections with Chelbir and hurried to reveal them to Chingiz. The Great Khan was furious and ordered him to kill his son. Having once gone hunting with Jochi, who trusted him, Mergen killed him from behind with a Chirkes...

Meanwhile, Djurgi, not content with robberies on the border, invaded the Djun-Mishar district of Biy Markas and burned it badly. But when the Uruses, intoxicated with victory, decided to lay siege to Deber, Gazan attacked them from the rear and drove them away. Dzhurgi himself managed to escape, but was wounded in the back, which is why he has not been able to ride a horse since. His own army, which consisted of the Balynians and the militias of the Kisan and Cape beks, was driven into deep snow and shot with bows ... 9 Kisan and Kan beks and 450 of their boyars were killed, from which they removed chain mail, and ordinary soldiers - 12 thousand.

After that, Mir-Gazi himself wished to participate in the war and approached with Gazan to Jun-Kala, of which I was then the governor. And the sardar went to the city directly from Deber and could not take the sherejirs with him. He expected to take the city with a sudden raid, as was his custom, but Markas attacked the surroundings without permission and in blind fury began to burn them, which alarmed everyone and warned us of the attack. When Gazan approached, everyone was ready to fight to the death, for no mercy could be expected from the kursybays. For a fault, the sardar sent Markas to capture some gates, while he himself stood at a distance with a cap and watched. My militia, however, beat off the biy, but got carried away in pursuit and suddenly ran into a kursybay. Immediately they rushed back, but managed to run only to the monastery near the fortress and hid behind its fence. Gazan told Markas to fill up the fence with wood and set it on fire. From the fence, the whole monastery took up. People began to run out in horror, but the kursybays spared no one. In total, 2,000 Junz were burned and killed there.
164
165

Only one monk, As-Azim, was saved, who was in the prison cellar for spreading some kind of heresy. We watched in complete impotence the death of our entire army, and many of my people were already reciting the prayer for the dead. But there was no attack. We spent the whole night on the walls, and early in the morning As-Azim came running to me with the shocking news that at night the cap had suddenly left for the State. We did not believe, and I thought that this was another trick of Gazan, but a few daredevils who left the fortress confirmed the veracity of the news. Later I learned that the reason for this departure was the news of Mergen's attack on Bashkort.

Kan knew that Mergen would never have dared to attack the State alone, and he correctly understood that the Tatars were following him. 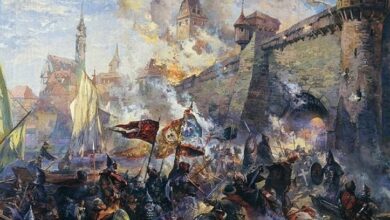 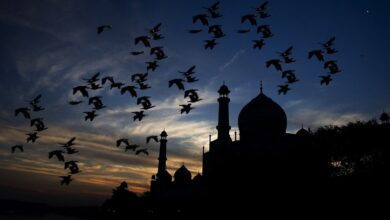 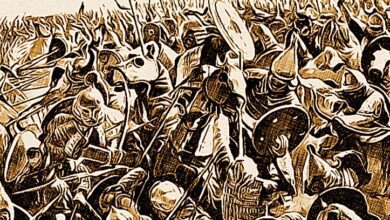 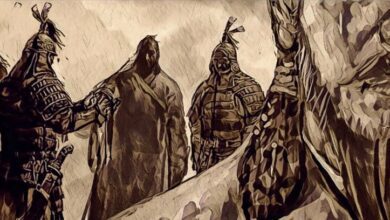 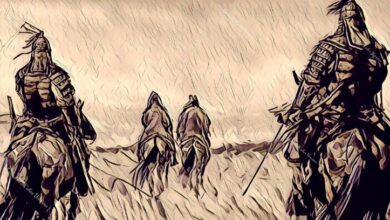 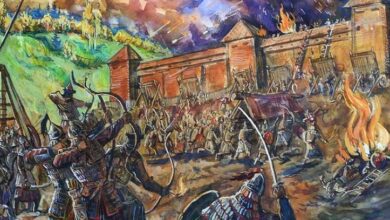 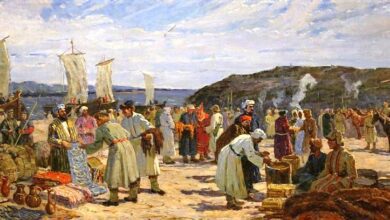 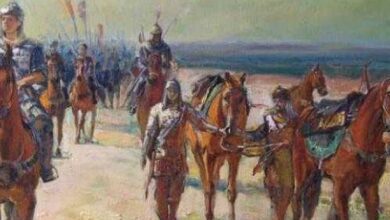 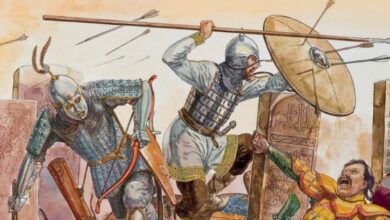